Advertising can be a real art. And prove it hundreds of commercials worldwide. Famous actors and models, the vast budgets of filming and the top Directors in the U.S. commercials has long reached the Hollywood level. In the same way as Victoria Lobukhin – a former Ukrainian model, which has been actively developing his career in America as an actress. Most recently, the girl starred in a commercial together with world stars of show business – Jennifer Lopez and Pitbull’eat. Amazingly, the clip was directed by Oscar-winner Michael Bay and the movie itself looked 100 000 000 Americans!

Actually “blame” for such a large audience was not only the star of the advertising Hard Rock Hotel. The video was filmed specifically for the show at halftime of the Super Bowl. For North America, this sports event is iconic, almost sacred character. Super Bowl called the match, which determines the best team of the year by American football. It is interesting that Victoria herself was a fan of this sport. Describing the work of the team to create commercials, Ukrainian model compared it with the football team: “All are the most consistently, selflessly and professionally.”

A minute of advertising during the Super Bowl is… 11 000 000 dollars! Not surprisingly, the Hard Rock Hotel has allowed itself to hire a top Director Michael Bay. To the public he is known for his fiction, but incredibly successful and expensive projects “transformers” (all parts), “Bad boys” and “Armageddon”.

This year’s Super Bowl clash between teams from San Francisco and Kansas. And victory eventually celebrated by the last. But for us it is important that his next victory won a Ukrainian girl. Today Victoria is building his career in the world of showbiz industry in the United States. And may she now lives overseas, the girl said: “I love Ukraine is my Motherland!”. 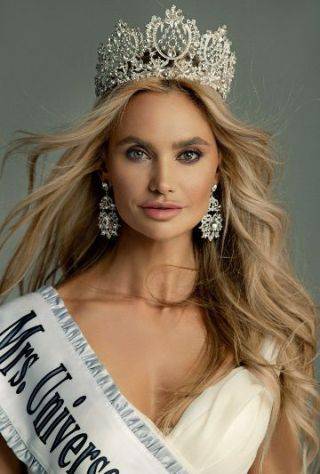